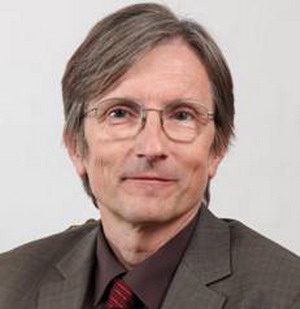 The next lecture of the Rudolf E. Kálmán Distinguished Lecturer Program will be held at SZTAKI by professor Gábor Stépán on Parameter sensitivity in time-delay systems.

The language of the lecture will be Hungarian.

Abstract: It is a rule of thumb that increasing time-delay has destabilizing effects in dynamical systems: it tends to make equilibria unstable, bifurcations subcritical, and chaos often appears in the jungle of the emerging unstable limit cycles. The lecture will discuss cases when the stability properties show extreme sensitivity to system parameters, especially to the time delays. These cases may seem to be mathematical curiosities, but they originate in relevant physical examples like the acceleration feedback in the wheeled inverted pendulum, the squealing sound in public address systems, or the hardware-in-the-loop tests of high-speed cutting.

Short bio: Gábor Stépán is Professor in Applied Mechanics at Budapest University of Technology and Economics (BME). He served on the editorial boards of Nonlinear Dynamics, Mechanism and Machine Theory, Physica D, and the Philosophical Transactions of the Royal Society. He is member of the Hungarian Academy of Sciences and the Academy of Europe. He is an ERC Advanced Grant and Proof of Concept Grant holder, and the recipient of the Thomas K. Caughey Dynamics Award of ASME. He also served as the dean of the Faculty of Mechanical Engineering at BME. He is an elected member of the Executive Committee of the Congress Committee of IUTAM, and the EuroMech Council. His research interests include nonlinear vibrations and time-delay systems with specific applications in mechanical engineering, like rehabilitation robotics, machine tool vibrations, wheel shimmy, and hardware-in-the-loop experiments.

The Institute for Computer Science and Control (SZTAKI) Budapest, Hungary launched a lecture series in 2018 to commemorate the intellectual heritage of late Prof. Rudolf E. Kálmán, who died in 2016 at the age of 86.

The aim of this lecture series-  Rudolf E. Kálmán Distinguished Lecturer Program -, is to present some recent significant scientific results ‒ accomp­lished via the fruitful interaction of pure and applied sciences and scientific fields, such as mathematics, engineering, informatics and control theory ‒ in a generic and plain scientific manner to a fairly wide professional audience. The lectures will be given by widely known leading scientists of international standing who will strive to interpret multidisciplinary results and convey their  relevance to an audience with varied scientific background. Click here, to read more.