Our portrait gallery will present you a short presentation in commemoration of seven, very productive scientists, all having played once decisive roles both at our start and our later evolution. They are Ottó BENEDIKT, Frigyes CSÁKI, Tamás FREY, József HATVANY, István RÁCZ, Rezső TARJÁN and Miklós UZSOKY. They belong to the generation of outstanding Hungarians, pioneers in computer science and automation, whose activity was associated with the two predecessor institutes. Some of them were active for some time in the new Institute as well. The anaglyphs of the seven scientists, made in 1977 by the sculptor Tamás VÍGH, decorate the walls of the Institute’s great Conference Room in the Kende Street. A photo of the person on the relief is also shown next to text of introduction.

We are proud of them having worked for our Institute. Remember them, learn about them and learn from them! 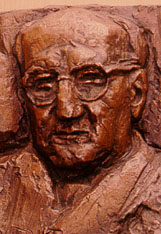 One of the founders of the Research Institute for Automation and its first director.

His life was shaped by the historic events of the first half of the 20th century. In 1919 he was forced to emigrate, so he graduated at the Vienna Technical University. In 1932 the Soviet Government invited him as technical advisor and university professor. Here he attained significant results in the development of the special electric machines. One of his most important inventions was the controlled electric machine called autodin that combined in one single machine the tasks of three ones and so it became an especially important component of the electric driven machines. The new invention had great international success. It is characteristic of Benedikt’s unique personality that when the rotating drives were replaced by the semiconductor control, he was ready to abandon his own research topics and support the new ones. He produced excellent work in the calculus of the saturated magnetic fields, too.

After his return to Hungary he was appointed to the Budapest Technical University as professor of the electric machines and he created an independent research group in this field. The group was transformed into the academic Research Group for Automation in 1960, then later in 1964 the Research Institute for Automation. He selected his direct colleagues with excellent instinct. As a result, a valuable collective of young talented people was formed in the Institute.

Benedikt participated both in the life of the Institute and the public life of his science even after his period as active manager had terminated. He was one of the initiators of the establishment of the National Committee of Technical Development (OMFB) where he was member of the Presidium until his death.

For his lifework he received the Kossuth Prize in 1958. 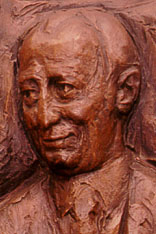 The first great personality of the automation theory in Hungary, whose influence is still pertaining even after his death. One of the founders of the Research Institute for Automation, HAS and also its deputy

scientific director, later Vice President of the Hungarian Academy of Sciences (1976). In 1973 he was awarded the State Prize for his accomplishments in the theoretical development of the automation discipline, especially in his outstanding work “Modern control theory, non-linear adaptive systems”. His theses written in topics of electro-technics and control technics are of fundamental relevance by international standards as well. He was invited to leading positions in many prestigious organisations. So he was the Chairman of the Hungarian Pugwash Committee, too.

He played an important role in the modernisation of the higher education in Hungary as well as in the development of the disciplines of automation, process control and control theory. He was the author of numerous books, some of them were translated into German and English. These books were regarded for long time as basic works for both education and research purposes. As pioneer of his science he has recognised the relevance of several new scientific trends, still in the emerging phase. As the rector of the Budapest Technical University he maintained his good personal relationships with the staff of the Institute, and was supporting in every aspect the cooperation between the Institute and the University in the field of scientific research 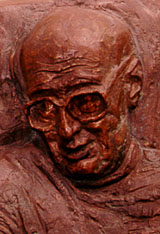 PhD in Mathematics, director of the Centre of Computer Technics, HAS, later head of a scientific department at the Research Institute for Automation, HAS. He has accomplished his most important results in the approximation theory, the differential equations, the numeric analysis and the algebra of automation. In the field of applied mathematics he has contributed substantially to the development of special mathematical methods in biology and medicine, especially in medical diagnostics. He has improved to a great extent the computer aided processing of the cardio-electric signals.

He came to the Research Group of Cybernetics, HAS, as a reputed mathematician and shortly after its reorganisation into a research institute he became the director of the Centre of Computer Technics. It was in his management period that the role of the mathematical applications of computers has increased considerably. His professional expertise, non-compromising demanding habitude and undisputed authority rendered excellent service to the fame of the Centre. In 1968 he received a Chair at the Budapest Technical University, where he played an eminent role in teaching the mathematical foundation of computer theory. In parallel to this activity he also acted as scientific advisor at the Research Institute for Automation and later took over also the department for the theory of control technics. He has built around himself a very strong team of mathematicians, among them a number of young talents, many of whom made a remarkable professional career later. 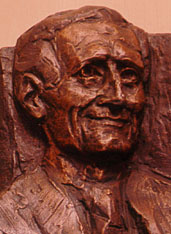 Head of a scientific division of the Institute. He received the State Prize in 1978 for his achievements in the development and production of CNC machines in Hungary.

He was the most outstanding exponent of, and an expert of extraordinary international influence in, the field of computer aided design and production. Before and during WWII he was a pupil at a prestigious college in England, later studied physics in Cambridge becoming an alumnus of the Trinity College. Here he has acquired an immense background of knowledge and capacity of thinking in human sciences. He returned to Hungary in 1947 where his special capabilities were utilised in many ways. However, he was submitted to persecution both in the Rákosi era and after the crack-down of the 1956 revolution, even imprisoned, then had difficulties in getting a proper job. From 1964 on he worked at our Institute, and this period has become the most productive stage of his career. Due to his extensive professional knowledge and international relationships he was able to recognise the relevance of the latest and most promising trends and he introduced them successfully in the Institute. As an early and unique achievement even in Europe he developed computer controlled graphic devices and three-dimensional CNC systems. He implemented the complete integration of all phases of computer controlled production in test factories simulating real-life environment. He has created a still existing scientific school by gathering and educating a group of talented young people providing them scholarships and studies abroad what offered them at that time an exceptional opportunity for their professional career development. 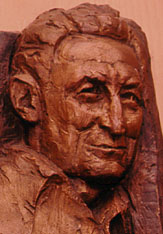 An eminently creative mind respected all over Europe in the field of controlled electric drives, was the head of a research department at the Institute. In 1975 he was awarded the prestigious State Prize for "his activity in the field of theory of asynchronous motors controlled through thyristors and their real-life applications."

As an extremely talented engineer, his outstanding theoretical knowledge was combined with extraordinary inventiveness in practical engineering. In his own research field, i.e. in the investigation of the dynamic features of electric machines, he had results highly ranked even by international standards, too. His books are considered basic literature in the field even at present and just to mention one example, "The transient phenomena of electric machines", with the co-author Pál KOVÁCS published in 1954, was translated into several languages and is still being read in our days. The basics of vector theory of AC machines was elaborated by them in co-operation with their colleagues. István RÁCZ preceded his age by developing several of his applications, e.g., the application of thyristors had been demonstrated years before their invention by simulating the then non-existent heavy-current semiconductors by contactors, for the stepping operation of induction motors. Later, in a similar depth and quality he dealt with the automation of electric drives and, relatedly, with the application of up-to-date power-electronic elements. In his scientific work he actively made use of computer technology from as early as its existence, and with his particular knowledge in mathematics, further developing the methods in this field.

He joined research work in automation carried out at the Technical University of Budapest in his youth, and later, besides his activity as a professor at the university, he acted as a head of department at the Research Institute for Automation (AKI), then later at the Computer and Automation Research Institute  (SZTAKI). Under his scientific guidance the SZTAKI became an outstanding school in power-electronics at the international arena as well. With his colleagues he elaborated, among other things, the vector theory of controlled AC drives. Through his outstanding scientific activity and international reputation, he greatly contributed to the fame of our Institute. 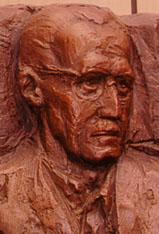 Mathematician and physicist, graduated in Vienna. He was one of the key persons in helping the Hungarian electronic industry reborn after 1945. In the Stalinist Rákosi era he was imprisoned by false charges; after his release he became one of the Hungarian pioneers of computer technics, a novelty just emerging all over the world. He was appointed to head the Research Group of Cybernetics, one of the predecessors of the current Institute. Here, he had an eminent role in the construction and adaptation of the first Hungarian computer called M3 as well as launching its first utilisation projects in various scientific areas. Around him has formed a school consisting of talented young people where the later leading experts of the Hungarian computer technology were trained. After 1960, getting tired of the short-sighted fighting of his time and also bearing the consequences of former physical stresses he retired from his position and was acting until his death as the advisor of the National Committee of Technical Development (OMFB). He was moreover, the founder and first Chairman of the John von Neumann Computer Society 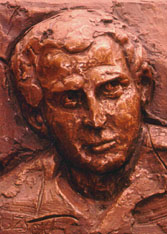 He was one of the most genial figures in the history of the Hungarian electronic research and development. At the time of the complete closure of the country – intellectually as well as in any other aspects – he created such innovations which at that time had their equals in the US only. They were the backward waves, the specific filters of the digital technology and many other achievements that survive today as historic memories only due to partly the peculiar circumstances of his age and partly the general progress we were witnessed to. Uzsoky has developed the first Hungarian television transmitter, and a microwave transmission system – the most profitable export product of the Hungarian industry over a long period – was created under his leadership. At our Institute he was a pioneer of the computer aided electronic design, production, and production control and testing. Various equipment developed by him had been exported by the Institute. Furthermore, he developed modems – very advanced ones at that time – which were impossible for Hungary to procure from abroad. They were the first key products to build a computer network in the country. He possessed an unparalleled knowledge in mathematics, physics and engineering and a similar capacity of creativeness. He was awarded the State Prize in 1973 for his achievements in laying down the basics of the computer aided design and development technology in the electronic industry.