With more than 90 participating organisations in 21 European countries and over 200 robotics related activities offered for the public, the second European Robotics Week was a tremendous success!We had our joint Hungarian event on the 27th, Tuesday 13.30-16.00.  Now We report only about the CIM Research Lab. of SZTAKI, the coordinator.  We made everything as planned, see the lefthand side of www.eurobotics.sztaki.hu.   Naturally one could reach our web-site from the www. eurobotics-project.eu as well.

Lectures by Prof. G. Kovács on SZTAKI and the Lab. and intro to the demos.  Demo by Mr. I. Paniti : Incremental Sheet Forming of metal and of heated PVC  Demo by Mr. Á. Kisari : How to solve the Rubik Cube by a huge industrial robot  Lecture by Prof. P. Baranyi on VIRCA, Virtual Collaboration Arena - to connect robos, etc.

We had the same lectures and demonstrations twice:

All programs were available via the internet using web-cameras.  After the demos there were 20-25 minutes discussions and evaluation,  who understood what and how, separately for the experts and for the students.  And naturally any questions and remarks were allowed and asked for.  As expected the experts asked about professional details:  programing, control, future plans, industrial applications, intelligence,  multi-robot systems, business aspects, etc.

The students - physics special students - wanted to know robot data (size, weight, speeds, reach),  how torque and force measurement is to be understood, how are they done,  how the Rubik algorithm works, what kind of materials can be used for ISF,  what about heating not only the pVC, but the metal, etc.  They even asked about being"wired" by all info tools and networks.   It was a surprise how good was the English of some kids.  Those who could solve the rubic cube manually (2 of the children) were awarded by box of chocolate.

The number of people was restricted due to the small capacity of our lab.

12 adults plus 20 students in the lab during the two demos,   plus at least 50 persons in SZTAKI fully or partially followed the event, plus external, remote "witnesses",  i.e. we can say that around 100 people were involved this time. S ome weeks ago we had about 100 guests from the "general public" during the night of researchers. 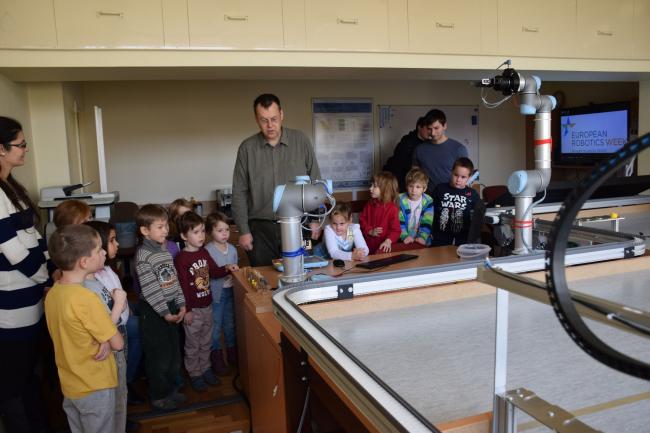 Society
European Robotics Week (ERW) has broken all records from previous years with over 800 events. The ERW offered one week of various interactive robotics related programs across Europe for the general public. 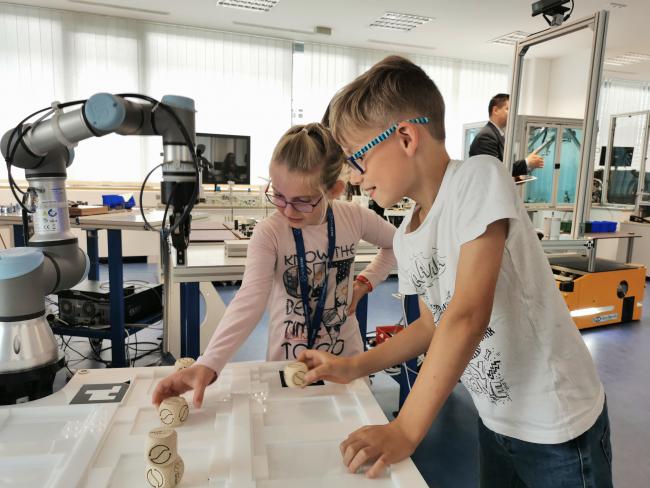 Science
Society
Those who were interested could attend the event „Robots at fingertips” in Győr at SZTAKI’s Industry 4.0 Research and Innovation Centre of Excellence. 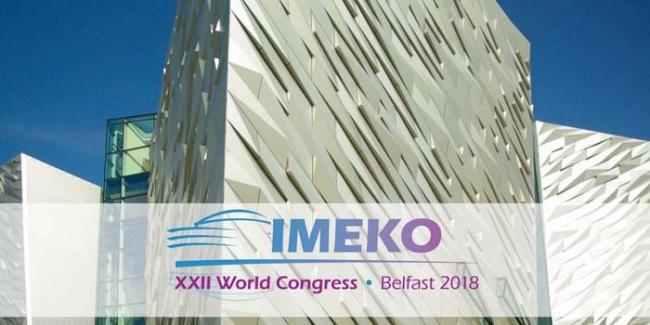 Innovation
Science
With more than 500 participants coming from many continents, the World Congress of the International Measurement Confederation (IMEKO), already in its 22nd year, concluded successfully in Belfast, United Kingdom, where Hungary was represented by our two colleagues Dr. Zsolt János Viharos, senior research fellow of the Research Laboratory on Engineering and Management Intelligence of the MTA SZTAKI and Ákos Zarándy, head of the Computational Optical Sensing and Processing Laboratory, who was elected to be an IMEKO member. 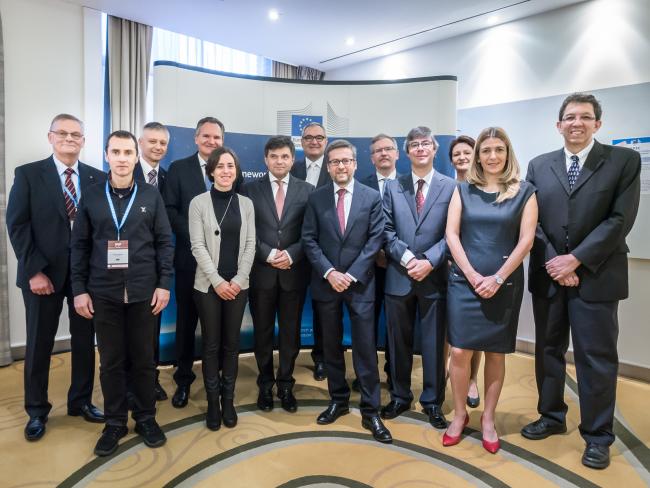 Government
Science
Prof. László Monostori, Director of MTA SZTAKI, Head of the Centre of Excellence in Production Informatics and Control (EPIC) participated at the international press conference held in Brussels the 23rd November, 2016, where the results of the ”Teaming” research excellence programme which is the most prestigious call of the Horizon 2020 Widening Programme were announced.