Why does the 2022 FIFA World Cup draw need to be redone?

The draw for the 2022 FIFA World Cup takes place on 1 April 2022 in Doha, Qatar. At the time of the draw, the two winners of the inter-confederation play-offs and the winner of Path A in the UEFA play-offs remain unknown. FIFA has decided to draw these three placeholders from Pot 4, which contains the weakest teams. László Csató, a research fellow of the Laboratory on Engineering and Management Intelligence, Research Group of Operations Research and Decision Systems has examined the sporting effects of this policy. His calculations reveal that the difficulty levels of the groups would be more balanced if the potential winners of the play-offs would be assigned according to the position of the highest-ranked team. The unfair draw procedure reduces the chances of some nations, including Ukraine, to advance to the Round of 16.

In the FIFA World Cup, the 32 national teams are allocated to eight groups of four, where the top two teams qualify for the Round of 16. Therefore, it is important to balance the difficulty levels of the groups: if a group contains three strong teams, at least one of them will be eliminated in the group stage. The draw system used until 2014 has been subject to considerable criticism over the years, hence FIFA adopted one recommendation of a French mathematician, Julien Guyon, for the 2018 World Cup draw. In particular, the teams were allocated to four pots based on the FIFA World Rankings, except for the host (Russia), which was automatically placed in Pot 1, among the best teams.

In the 2022 edition, the same principle has been followed. However, the play-offs could not have been finished in March 2022 due to the COVID-19 pandemic and the Russian invasion of Ukraine. Consequently, the identity of only 29 participants is known before the draw, the remaining three slots can be occupied by eight teams (Scotland, Ukraine, Wales; Australia, Peru, United Arab Emirates; Costa Rica, New Zealand). The Organising Committee for FIFA Competitions has placed these three placeholders in Pot 4 together with the lowest-ranked qualified teams, even though some potential winners of the play-offs deserve a better position in Pot 3.

Has there been any alternative solution? Yes, for sure. A similar problem arises in the qualification stages of the UEFA Champions League and the UEFA Europa Conference League when the pairing in a qualification round should be determined before all matches in the previous round are played. Then the coefficient of the club with the higher coefficient of the two clubs involved in an undecided tie is used for the draw. This is a reasonable policy since the higher-ranked club is the likely winner and the weaker team is worth supporting if it manages to advance. The rule can be adopted for the World Cup draw: the winner of Path A in the UEFA play-offs and the winner of the AFC vs CONMEBOL play-off would be drawn from Pot 3. Instead of them, South Korea and Tunisia would be drawn from Pot 4.

Our research has aimed to compare the official draw procedure with the outlined alternative seeding. The reproduction of the draw is far from trivial as a group must contain at most one team from a given confederation except for UEFA, and any group consists of one or two European nations. Therefore, the feasible allocations have been analysed on the basis of 100 thousand simulated draws such that the winners of the play-offs and the set of teams advancing to the Round of 16 have also been determined.

According to the expected strength of the groups, the above proposal reduces the imbalance between the groups. Our recommendation makes a real contribution to the fairness of the draw. Since the teams can advance only at the expense of each other, the official mechanism harms certain nations. For example, the chance of qualification is reduced by more than one percentage point for Mexico, the United States, Serbia, Poland, and the winner of the AFC vs CONMEBOL play-off (which is probably Peru).

The case of Ukraine is especially interesting. On 3 March 2022, the Ukrainian Association of Football requested the rescheduling of its qualification match(es) owing to the impossibility of organising both the travel and training of a team under warlike circumstances. Naturally, all stakeholders unanimously agreed to accept this request. However, the spirit of solidarity has not been extended to the World Cup draw: if the Ukrainian national team can miraculously qualify to play in Qatar, its probability of advancing to the Round of 16 will be decreased by more than one percentage point because of the forced rescheduling.

To conclude, the questionable choice of FIFA has serious drawbacks with respect to the fairness of the group allocation in the 2022 World Cup. Luckily, it is not late to correct this mistake by repeating the draw.

The research methodology and the results are detailed in a working paper entitled Why FIFA should re-draw the 2022 World Cup, which is available here. 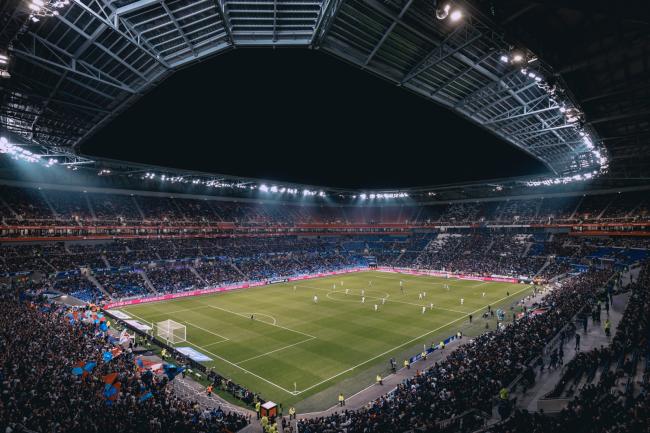