Researchers of SZTAKI, Institute for Computer Science and Control, Hungary, will lead the international project FLiPASED (FLight Phase Adaptive Aero-Servo-Elastic aircraft Design) which intends to revolutionize aircraft wings through developing and testing the so called active-controlled wings. Besides the coordination of the project, to be managed by Bálint Vanek, SZTAKI will work on the fields of control theory and aircraft design in a multidisciplinary environment in order to tighten the connection between the physical configuration of aircrafts and their on-board flight control algorithms.

By today, the wing and propulsion system technology of modern aircrafts has reached the peak of its effectiveness. For both the Boeing 787 and Airbus A350 composite materials account for more than 50 percent of the total weight. Meanwhile, more than 25 percent of the operational costs of commercial airlines is spent on fuel, therefore, more efficient fuel consumption is an important question from both environmental and financial perspectives.

Aircrafts require the proper ratio of drag and lift forces in order to handle varying flying conditions. The goal of the aircraft manufacturers is to reduce drag and save fuel accordingly. This is achieved by a very high degree of slimness (high aspect ratio) of the wings, built from composite materials which are more and more flexible and deformable. However, the wings of the aircrafts are designed to achieve minimal drag only under a single flying condition, determined by the weight, speed, height and range of the aircraft. In varying conditions, the fine-tuning of the aerodynamic surfaces is required to change the lift-drag ratio, however, with the currently available airbrakes and other control surfaces only a rather rough modification can be achieved.

In contrast to previous solutions, the shape of active-controlled, flexible wings can be fine-tuned and they can adapt to various flying conditions. The aim of the airlines is to reach their destinations in the straightest path, and in order to accomplish this, they would fly even through more turbulent conditions (which are more frequent due to the climate change) as well. With conventional rigid wings passengers experience these turbulences more strongly, while with the methodologies developed in the project the flexibility of the wings and the active control together ensure the reduction of physical loads for both the aircraft and passengers. In a same way, different wing shapes can be chosen for take-off and landing, in order to achieve the most comfortable and efficient flying experience.

Based on the current research results, the effect of wind gusts can be reduced by 20 percent with active wings. The fuel consumption can also be reduced by 10 percent with changing the wing shape during the flight path and with the consequent reduction of the drag force.

More than 500 parameters are measured two hundred times a second on the experimental aircraft, producing a large amount of data (1,5 GB raw data per hour). The Informatics Laboratory of SZTAKI headed by András Benczúr will also participate in the project: processing the data would enable the fine-tuning of the optimal wing shape settings for aircrafts, as the optimal parameters may differ for various aircrafts and also vary with the aging of the materials even for a single plane itself.

The goal of the project is that the results of the research to be obtained by the end of 2022 be applied in practice within a 5 to 10 year period. Therefore, the industrial partners of the project’s advisory board are the world leading airliner manufacturer Airbus Operations SAS, the military and space flight expert Airbus Defence and Space and business jet and autonomous drone specialist Dassault Aviation. The results of the project will be tested not only in simulation but also demonstrated using a 7-meter-wingspan experimental unmanned aircraft built for research purposes. 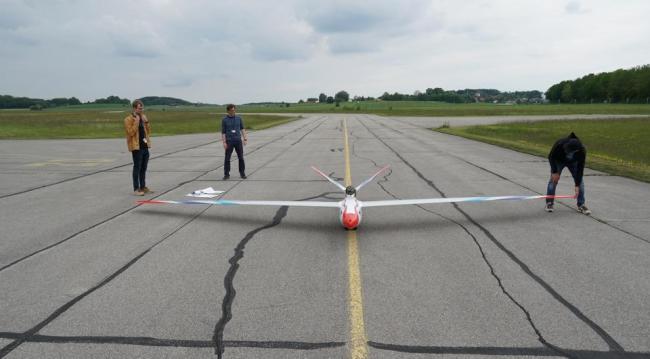 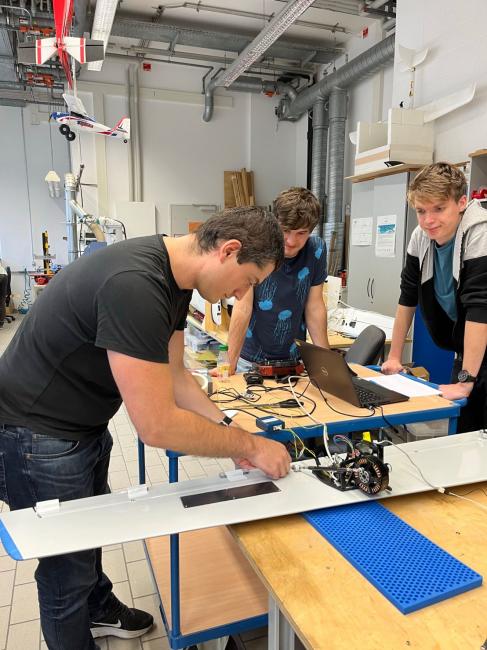 The FLiPASED project continued in Munich

In the framework of the H2020 FLiPASED project, a group of SZTAKI researchers - led by Bálint Vanek - participated in a working visit to Munich. 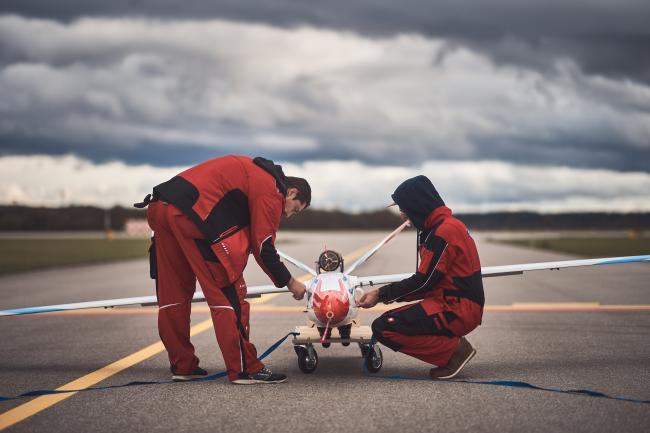 Innovation
Science
On the 19th of November 2019, an aircraft with aeroelastically tailored wings flew in real environment for the first time in the world. The wings carbon fibre composite orientation is changing by the wind’s direction. The flight of the craft that was developed under the SZTAKI-lead international project FLEXOP was to test ease passive damping of the load on the wings. SZTAKI has also responsible for building and functioning the board aviation (electric flight) system, including sensors and batteries inside the wings, and the autopilot system’s software and hardware components. With these, the craft is viable for repeatable experiments to collect data. 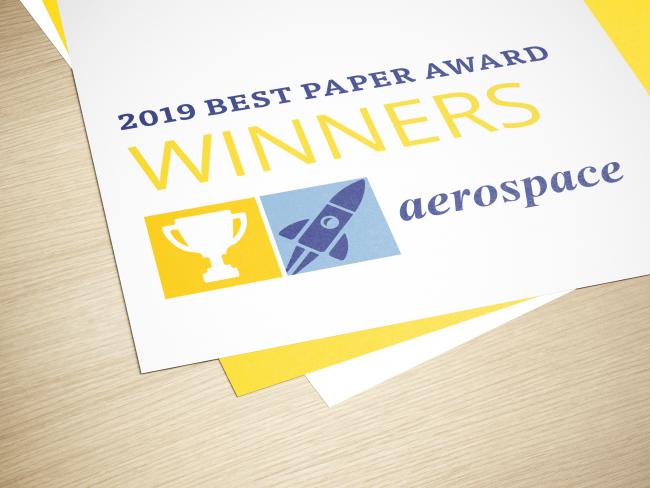 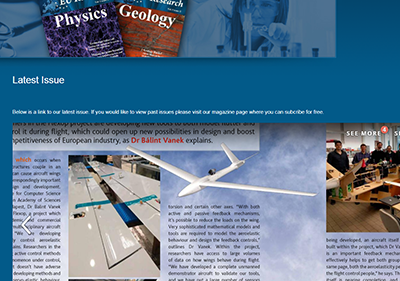 Innovation
Science
The 'Flutter Free FLight Envelope eXpansion for ecOnomical Performance improvement' (FLEXOP) project is an EU H2020 project. It opens a complete new dimension for derivative aircraft design. In order to validate the different methods and tools developed in the project, a flight-test campaign will be carried out, in which the design and manufacturing of stiff wings, very flexible wings with active flutter control, as well as tailored wings for passive load alleviation will be verified.