Safer human-robot collaboration for workplaces of the future

The next generation of robots could be entering the workplace alongside humans, but this first needs some collaborative principles to be established. SYMBIO-TIC has developed a system for such a safe, dynamic, intuitive and cost-effective working environment.

Factories of the future will depend on the development of safe, cost-effective, hybrid assembly/packaging arrangements based on human-robot collaboration. However, the European manufacturing industry faces implementation challenges, which could be summarised as a lack of: adaptability, flexibility and vertical integration.

When it comes to human-robot collaboration, there is a high initial investment, often a programming skills-shortage, inflexibility of pre-programmed robots within dynamic environments, and safety concerns. There is also no common standard or associated regulations, leading to the current safety-driven prohibition, of humans working closely with robots in a shared environment.

The SYMBIO-TIC team came up with their modular solution after analysing the human-robot collaborative assembly line and identifying the critical missing elements. As project coordinator Prof. Lihui Wang from the KTH Royal Institute of Technology in Sweden says, “When a worker walks onto a robotic assembly line, the first priority is safety. The second is treating the robot as a teammate. Finally, at the system level, the human-robot interaction must be monitored and coordinated.”

Part of the system’s strength is the inclusion of ‘function blocks’, each containing multiple algorithms associated with data and event inputs, which can then be used as inputs for subsequent blocks. This gives rigid control codes more flexibility and adaptability, such as being able to modify a robot’s trajectory if a human approaches.

The team have already recorded active collision avoidance for worker protection and are currently developing a demonstrator, to be ready by mid-March 2019, which integrates all the modules and sub-systems together to showcase the full solution. This demonstrator will be located at Volvo Cars in Sweden, where it will assemble a mass balancing system (MBS) within a car, but outside of the regular production environment. After this, the team will seek out new partners to advance the technology to a market-ready state.

SYMBIO-TIC supports the increased competitiveness of European industries through these enabling technologies. More specifically, the integrated system will increase productivity by: shortening assembly lines, reducing the idle time of workers/robots and introducing rapid robot control by voice, vision and haptics, avoiding the need for programming skills.

This envisions a future where assembly operators will be ‘smart agents’ working with robots in a coherent, effective team, naturally communicating and controlling their robot colleagues through speech, sign language and/or touch. “We are working towards better environmental and social sustainability through energy-efficient robotic control and ergonomic work environments. The latter improves workers’ lives and encourages gender equality, as female workers can also perform heavy-duty tasks, with robotic support,” says Prof. Wang. ”Such smart agents, no matter their gender, height, age and physical strength, can do the same job efficiently.” The system will also maintain product quality, with humans remaining ultimately responsible for inspections and the necessary adjustments. 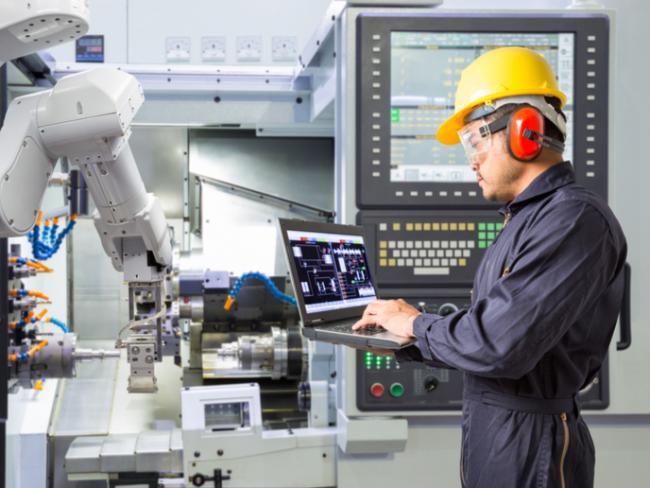